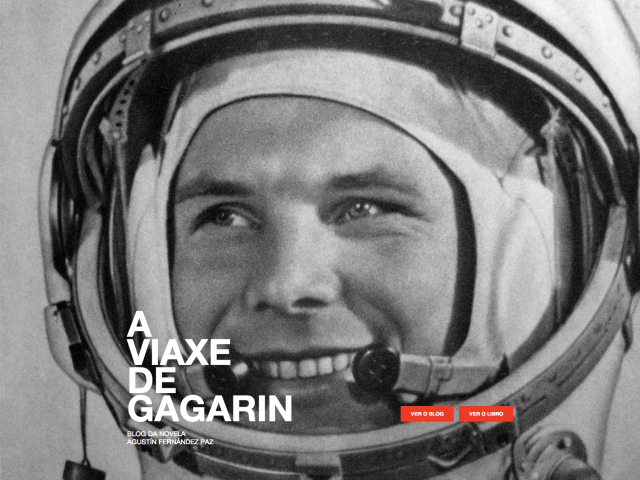 This blog was created to share with readers a good deal of suggestive documentation that the author used to write Gagarin’s journey (a AFP’s book).

Fifty years after Yuri Gagarin’s journey, a man recalls his adolescence in A Coruña sixties, under the Franco dictatorship: the secrets behind his family, the obsession with space adventure, and above all, the passionate story love..

AFP (Vilalba, 1947) is one of the best known and most valued writers in the field of children’s and young adults’s literature in Galicia and the rest of Spain. He is the author of more than forty-five titles mainly aimed at young and adolescent readers. His books, written in Galician, have also been translated into Castilian, Catalan, Basque, Korean, Portugese, French and Arabic.